In name of God, Gracious, Merciful 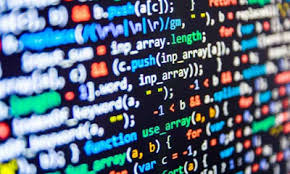 After we were concerned with prime number 19 in Quran at beginning of our research, we should now analyze verse in which that number shows up (Sura 74 verse 30) and we should try to understand what it wants to explain to us:

Now after several years of research we know that this number represents a system which allows to check correctness of each letter in Quran, which is especially important in a time when many allegations are being made from perspective of Islamic sects and orthodox schools without having any evidence. Within a period of more than 1200 years we blindly trusted in our scholars and thought that they would never say anything wrong about God’s word. However  discovery of the function of the number 19 and the related statement in verse 74:31 encouraged us to hold only to the Quran and to free ourselves from the chains of tradition:

Over the time we understood that the Quran cannot be conceived from the perspective of ancient orthodox schools, but rather through the full faith in God and through the diligent study of the verses and their contexts that clarify each other. For this reason we decided several years ago to translate the Quran into German by ourselves, especially since we saw that most translations are based on the interpretation of the sects and not on the literal meaning of the verses.

The day as an era

The Quran tells us of various eras which are defined as “days”. We are also told that a day with God is 1000 years of our time reckoning.

Sura 74 refers to the beginning of such a new era that will occur in the future and in which the people are reminded once again (… This is a reminder for the people [74:31]) . Our ancestors could not imagine what will happen in our time. They understood that the time mentioned in verses 74:8-9 is the “Day of Resurrection” and therefore they associated this verse with other verses which describe “blowing the horn” (see verses) and claimed that the situation in 74:8-9 is the same, though verse 74:8 contains completely different terms. Let us make a comparison with 50:20 concerning the terms, the shape, the pronunciation and the meaning:

And here are the terms which we find in verse 74:8, so everyone sees that they have nothing to do with the previous ones:

The root نقر [NaQaRa] in verse 74:8 has the following meanings: to tap slightly, to pick, to click, to chop, to hack, to chisel (a stone). According to the dictionary of E.W. Lane the term is also used to describe the sound that occurs when snapping with the fingers. The Arabs mainly used the verb to define the light tapping with the finger on a surface or to describe the sound a bird produces with its beak. Therefore the beak of a bird is called منقار [MeNQAR], which derives from the same root. نقار الخشب [NaQAR AL-Khashab] denotes a woodpecker, تناقر [TaNAQaRa] to pick at each other. At the present time the verb is used on most Arabic websites as “to click” like in the following examples:

The second word ناقور [NAQOuR] has the same root like the verb that we previously mentioned. Based on an Arabic grammar rule any verb can be changed from its root form in order to describe a machine / tool / system by using an alif أ (A) after the first letter of the root and a  و waw (Ou) after the second letter:

Exactly the same rule is applied for the second word in verse 74:8 that describes a device or system in or on which users can click certain things.

In fact I have never noticed that we mostly make clicks on the computer in order to gather information or process it. We click the keys, click the links that lead us to other pages or click buttons that perform specific functions. For most people the computer is nothing more than a clicking device, the clicks of which open or close worlds for us.

For these reasons we have translated verse (74:8) in this form:

74:8 Then, when it is clicked in the clicking device

A difficult time for the disbelievers

The proximate verses (74:9-10) declare that this time (computer or information age) is a difficult time for those who deny the Quran. The disbelievers will be confronted with their lies. They will not have an easy time (74:10), nor will they be able to convince anyone concerning their claims because they lack evidence. People from all over the world will unite under the slogan of truth and lead a campaign against them, so that they behave like frightened donkeys (74:50) which are upset (74:51)

1 translation by The Mono1ist Group